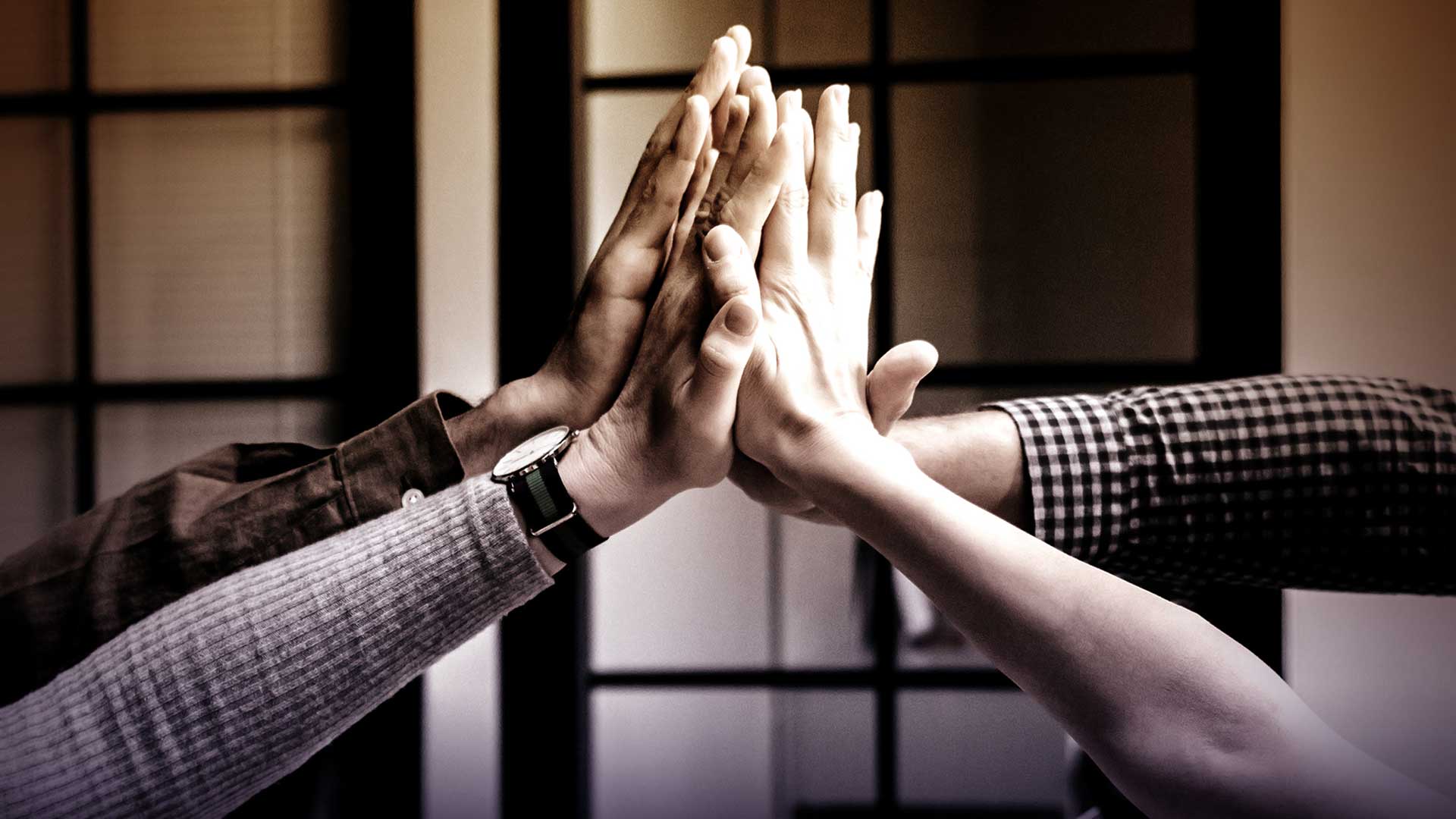 Which education is needed to build a sustainable future?

This question was at the heart of the hands-on workshop with the same title and had sprung from the outcomes of the first activity of the A-STEP 2030 project. The workshop took place on the 13th of May at the International House of Northern Denmark, Aalborg, and was organised by United Nations Youth Association (UNYA), Aalborg, who provided a platform for the event, and the local BEST group, Aalborg.

The workshop invited participants to challenge the current state of education and reflect on which skills, in terms of education, might be lacking in order to build a sustainable future. Among the participants were students, recent graduates, and professionals from all backgrounds that engaged in a workshop, which highlighted the current state of education in relation to the Sustainable Development Goals, with a particular focus on the eleventh: “Make cities and human settlements inclusive, safe, resilient and sustainable”.

An introduction was firstly given to both UNYA and the A-STEP 2030 project affiliated with BEST, and how the latter is an ongoing research project funded by Erasmus+, engaging all stakeholders of education to shape the future curriculum of the engineering education. At the centre of this project lies the values of students from all backgrounds and the learning experiences across four European countries: France, Ireland, Finland, and Denmark.

After the introductions, the participants were divided into groups from different disciplines, with each group having an engineer and a couple of advisors from mainly a humanities or another ‘soft’ discipline. The purpose of this was to make each group diverse in their educational backgrounds, with some from ‘hard’ and more technical backgrounds, and ones from softer backgrounds. Each group was given three areas of Aalborg that needed developing; a post-industrial area, a spacious grassland area and a section of the inner city, of which needed to house 500 people as well as make the city more attractive for business and potential tourism. The engineers were sent into a room to receive their instructions about what the goals of development were from an engineering perspective, while the advisors chose three SDG’s each that were to be achieved through developing the spaces.

With this in mind, each group had to brainstorm ideas. These ideas were largely shaped around the chosen SDG’s in each group, which the engineers had to accommodate. One of the engineers in the workshop, Emil Bock Nielsen who is in his last semester of his bachelors in Environmental Science, stated, “I definitely see the benefit of working in an interdisciplinary group, as an engineer. The more people you work with, the more angles you can see a project from, which is great. To be a good engineer you really need to be versatile”. When asked about his experience in the workshop, Nielsen said, “the thing that stuck out the most to me was that the advisors had all of these broader and more abstract ideas, but as an engineer you really want to make things concrete. It’s more about how can I do this instead of why should I do this, or what are the goals we want to achieve. I think as an engineer you are really more focused on a sub-section of a bigger piece, and I think we always need to broaden the picture, which this exercise simulated through including advisors from different disciplines in the planning process”.

Working with people from different fields can be challenging as each discipline has its own language, and communication was a recurring difficulty in all groups. Adit Nand Kishore, who has a background in sustainable energy, highlighted such difficulties:

“As an engineer, it was challenging to be able to decide what role you should play in such a situation. I had to ask myself whether I was going to be the one making most of the decisions and only ask for advice on the surface level, or if I wanted to involve my advisors a lot more. I decided that I was going to be more open to my advisors’ ideas and didn’t take such a decisive role, which can be a good thing and a bad thing. The time constraint was also challenging as we didn’t have enough time to talk about the goals of the entire team and accommodate them. The misconnect was really aligning the engineer’s thoughts and the advisors’ thoughts who chose the SDG’s”.

After the workshop, the participants enjoyed some sandwiches and recharged for the next part of the event. Reflections on the workshop were discussed, and many fruitful comments were made in terms of challenges and possible solutions which will be considered by BEST in future contributions to the A-STEP 2030 project.

Next, Professor Jakob Stoustrup, the Vice Dean of Education at the TECH faculty at AAU shared the next frontier, the so-called Mega-projects. In mega-projects, students engage in projects in their own area, but coordinate with other projects in a large number of different studies in pursuit of an overall objective for the mega-project. In this way, the students learn how to engage their own capability in an interdisciplinary context in the pursuit of solutions to complex challenges.. This will be the first project of its kind, and will level up AAU’s ‘problem-based learning’ to ‘challenge-based learning’ as a way to best prepare students for the future and achieve sustainability. Stoustrup hopes to make it an option for all studies to participate in at AAU someday as he believes that every study is important to build a sustainable future in pursuit of the United Nations 17 Sustainable Development Goals.

Lukas Leer Bysted, a student in his 8th semester at AAU with a background in Interaction Design, shared his thoughts on the mega-project, too. Bysted is currently doing his project on exploring how a mega project could possibly function, and got a lot out of the feedback from the participants. “Once we get the mega project concept working properly, students would, very concretely, be able to see how student groups actually work on the same problem, and how that enables them to see very clearly what their role is, and what the roles of  the other students are. They will be able to see how to use all their strengths together to make a fruitful project”, stated Bysted.

After a successful event that benefited the participants greatly, as well as it’s organizers, biotechnology student Line Kloster Pedersen from BEST was very happy with the turnout. “My personal drive to make this event, and centre it around sustainability, is because I think it’s the responsibility of education to make people aware of how they should solve problems. I feel personally unprepared for the future if I don’t have an element of sustainability in my education, so I’m trying to help future generations have the SDG’s at the core of their education”. Pedersen played a central role in the organisation of the event, and sees the value of an interdisciplinary approach to education that centres itself around sustainable development. Pedersen further stated that, “I think what I’m most proud of today is that the event brought other students, regulators of education, such as the vice dean, and the people who are actually working on these issues, such as the engineers, together. It enabled people to see that these are the people they can go to if they want to see a change, which really empowered people through the design of the event”. 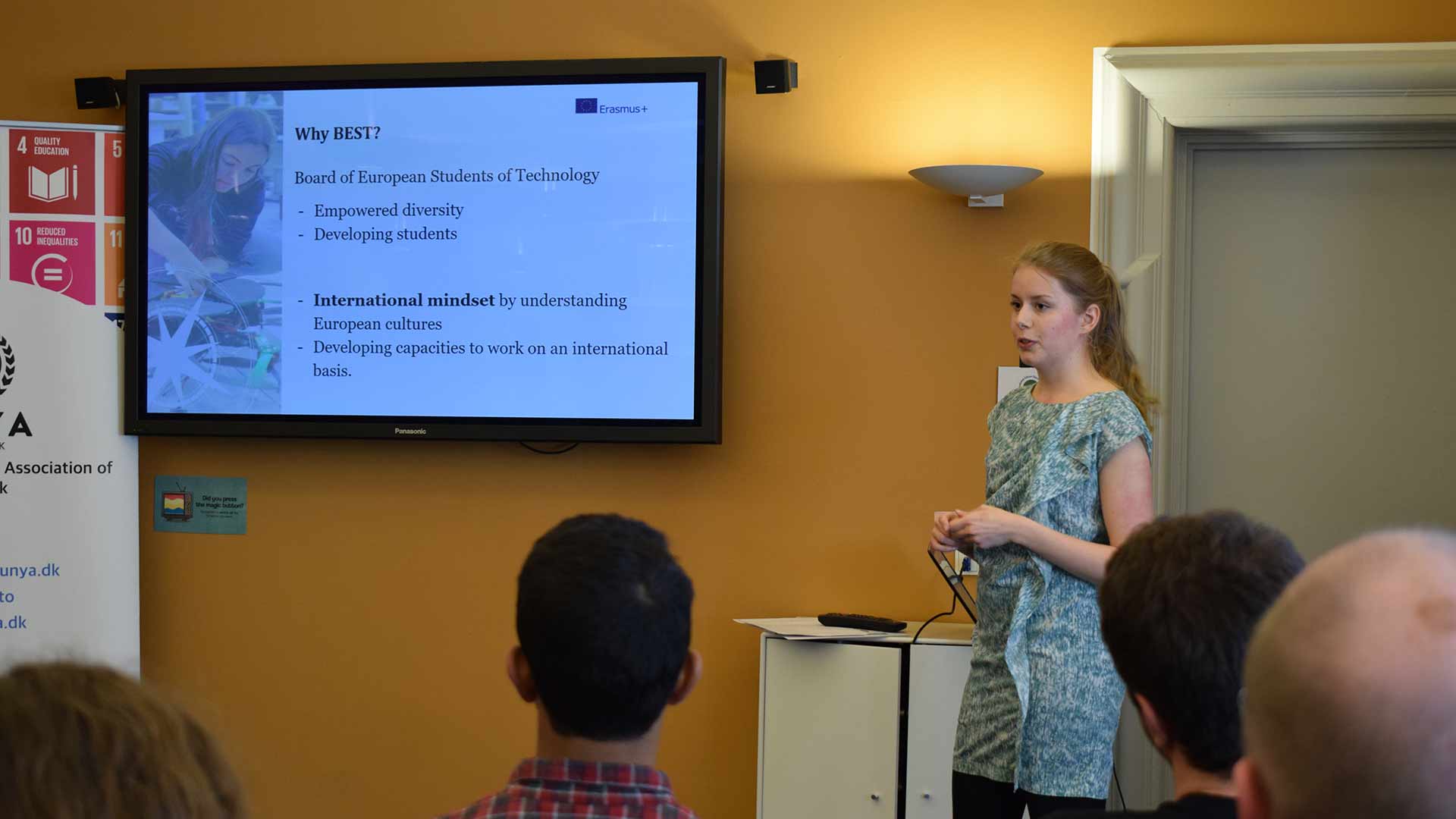 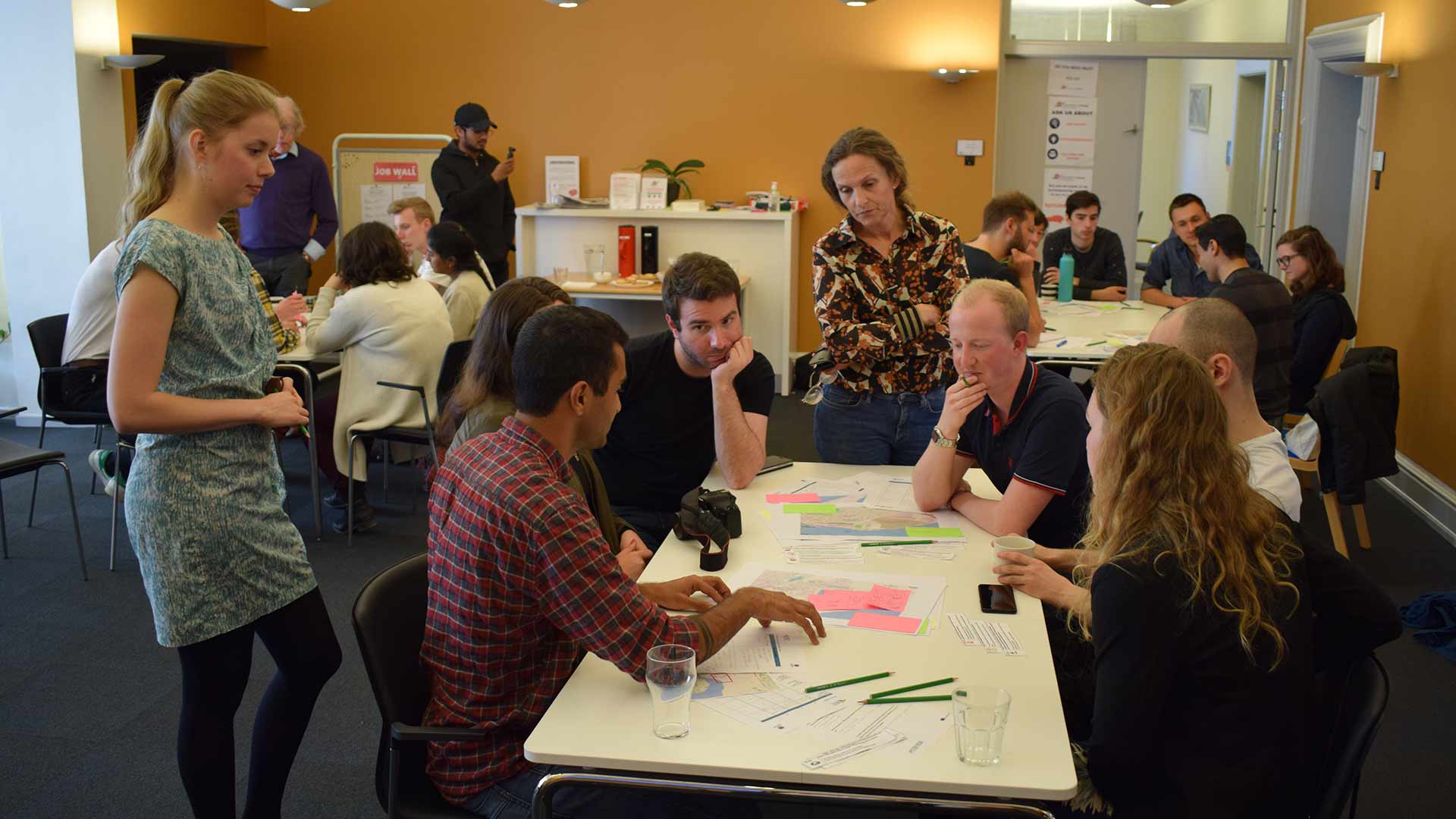 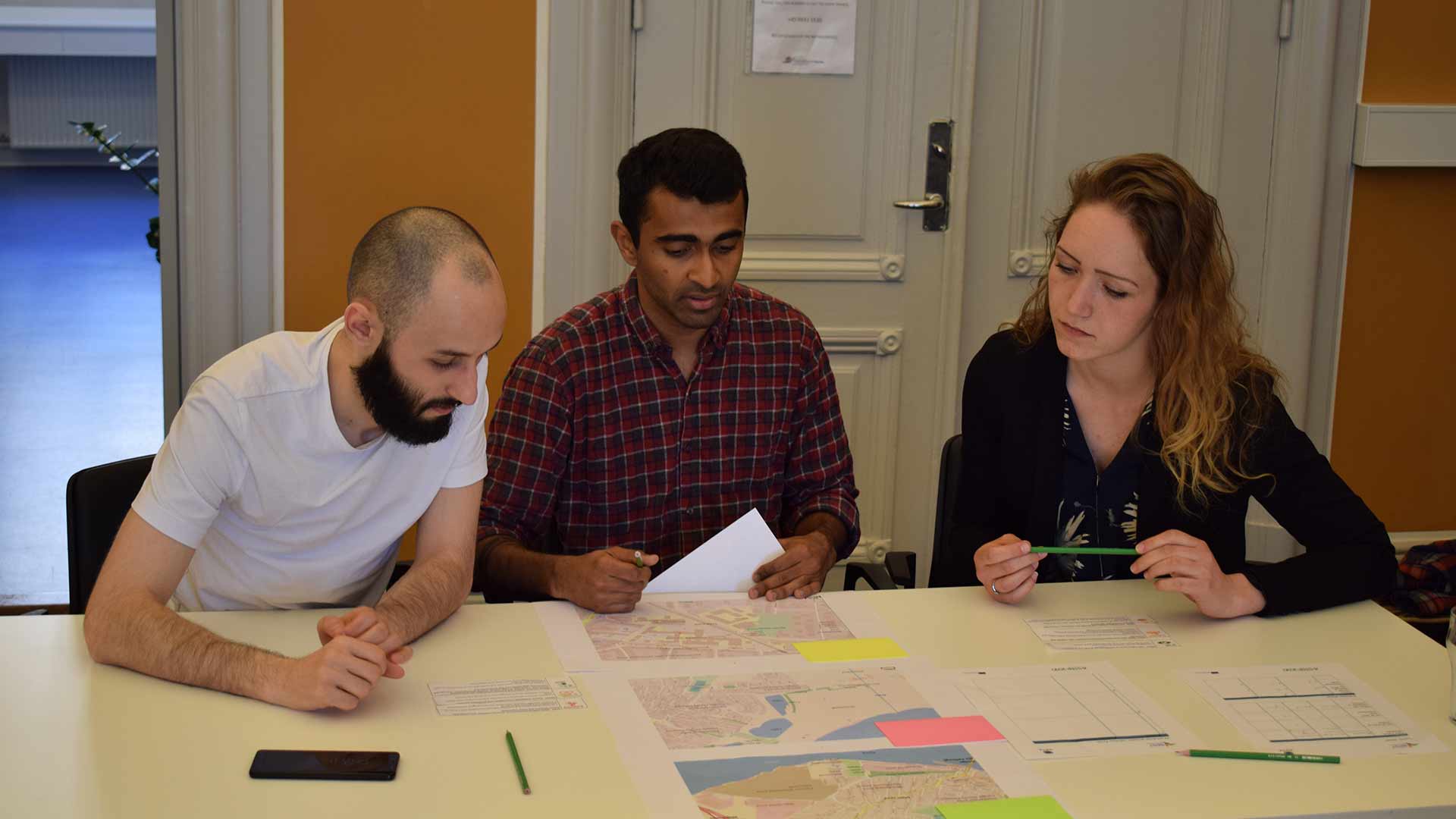 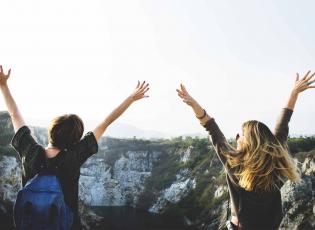 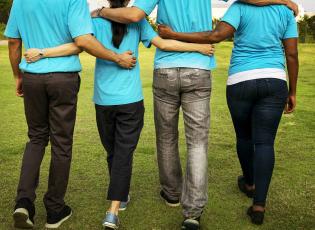